Today I have an Anniversary Reveal Wheel card you! It is so much fun to turn on the wheel to reveal the hidden sentiments.

You can see the card in action below:

I used a lot of different brands to make this card. 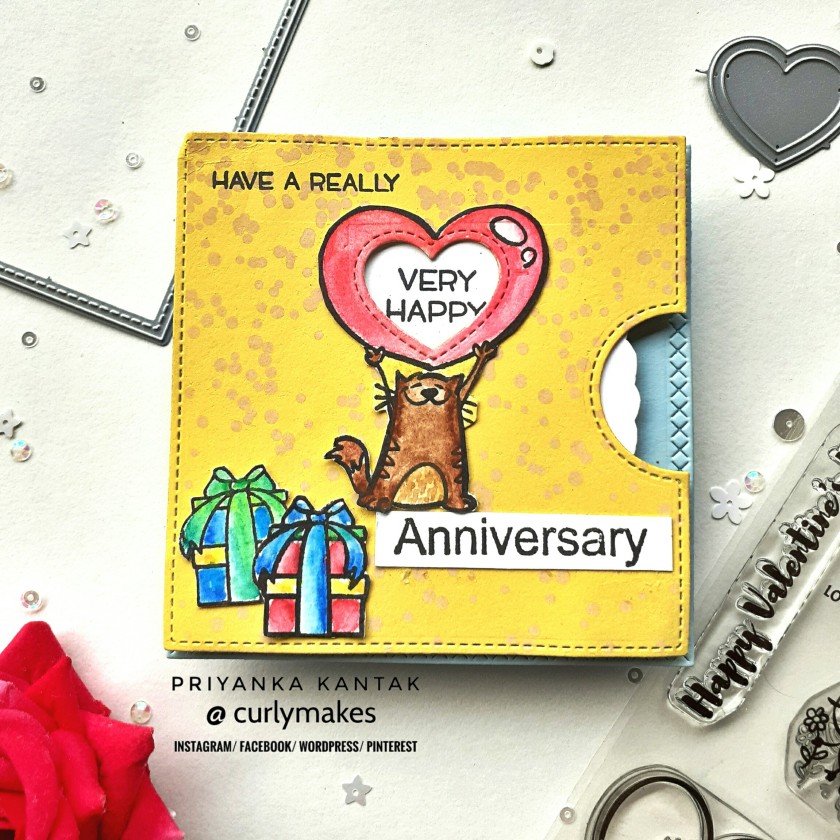 The main frame I made using the square reveal wheel dieset by Lawn Fawn.

I used the Love and Hugs stamp set by Your Next Stamp and diecut the heart from the image to reveal the hidden sentiments. 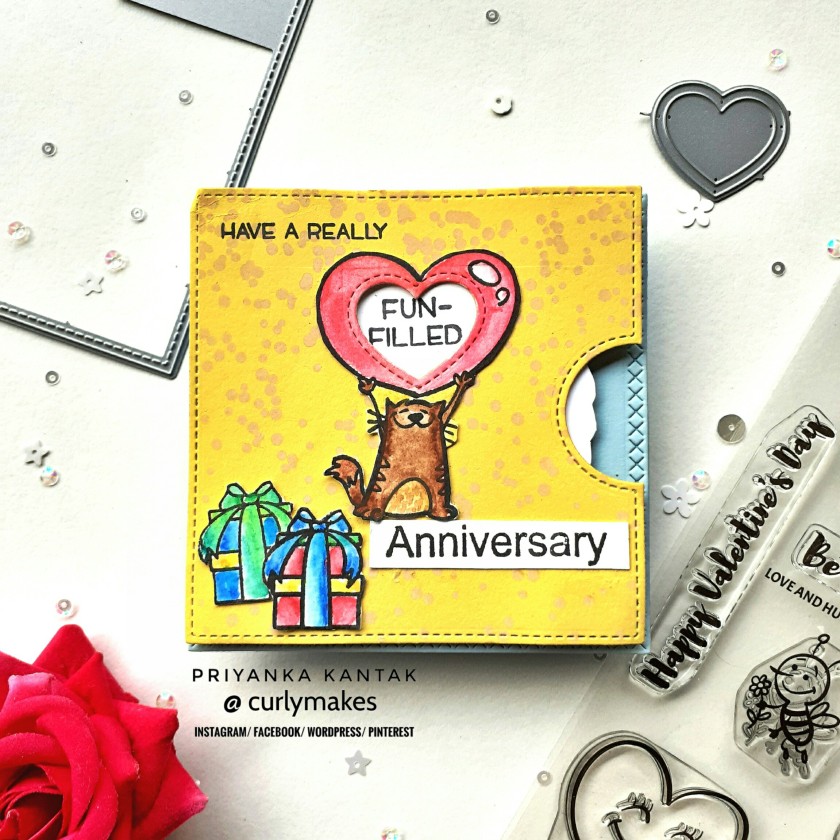 I made the background using a stencil by Craftangles with distress oxides. 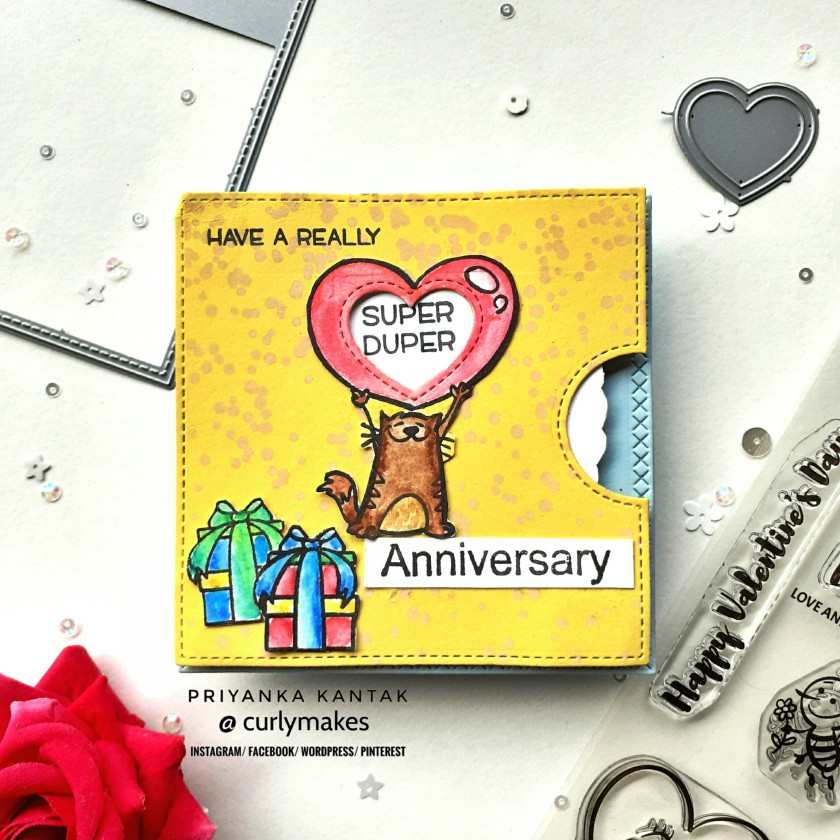 The sentiments are from the Reveal Wheel sentiment stamp set again by Lawn Fawn. 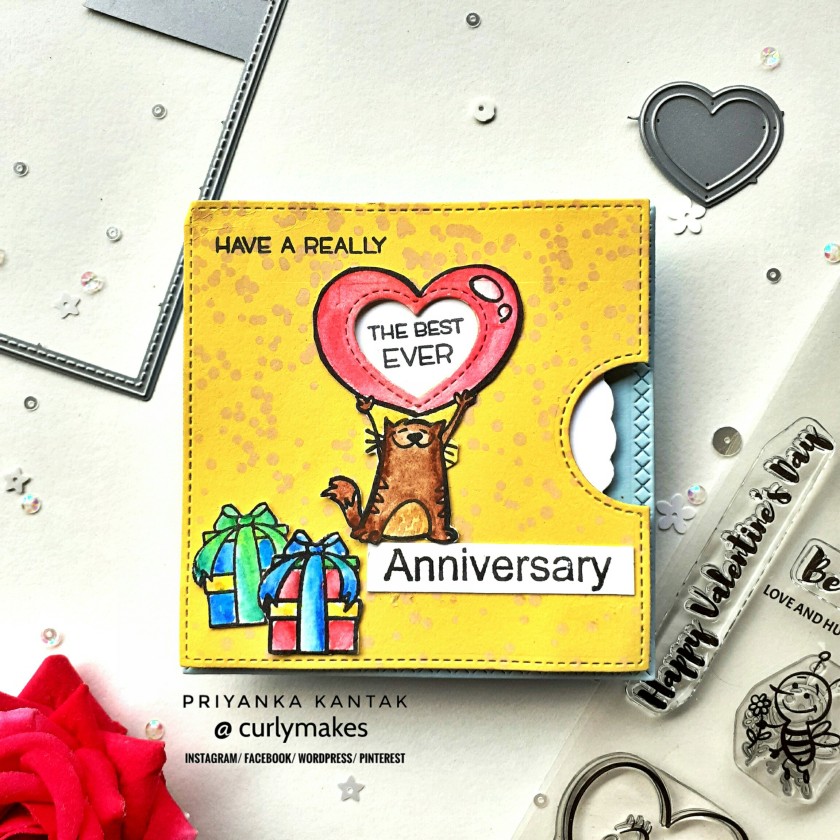 It is always fun to make these type of cards.

Do let me know in the comments below.

Thank you for stopping by…

Have a great day ahead!

Hiya Crafties!
I love making interactive cards! It’s fun making them and receiving them too! 😄

So here is one which I made for the Neat and Tangled Throwdown tutorial challenge.

Here is my card in action : 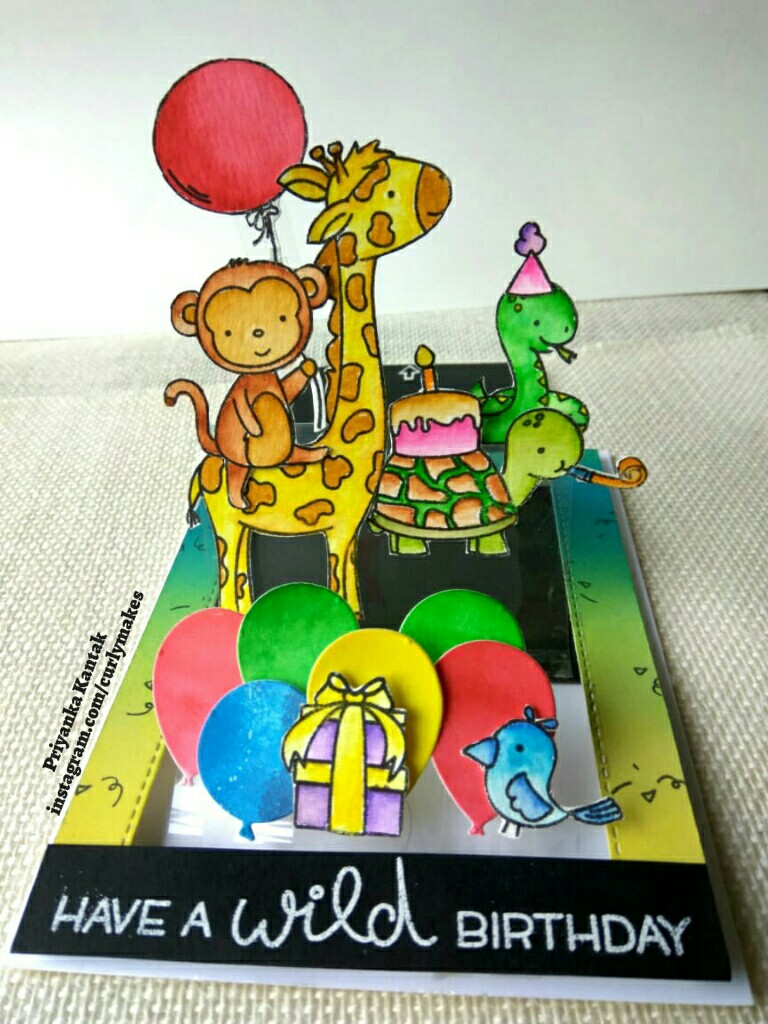 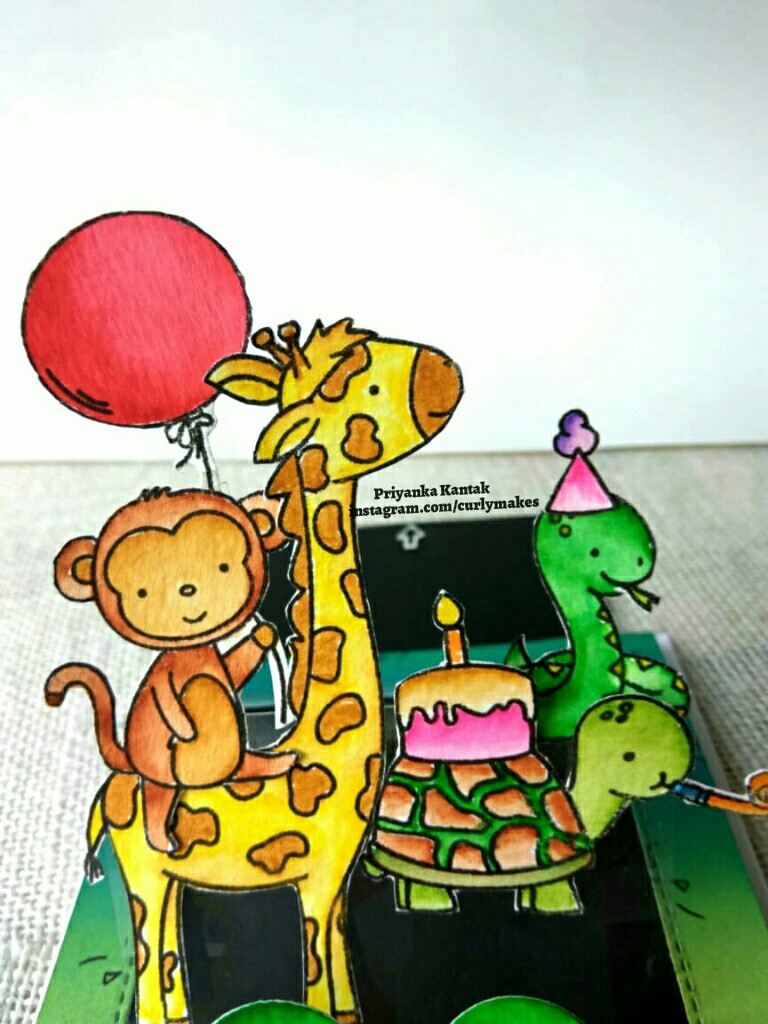 I have a step-by-step photo tutorial for this surprise pop up slider card using Neat and Tangled stamps!
Step 1 : 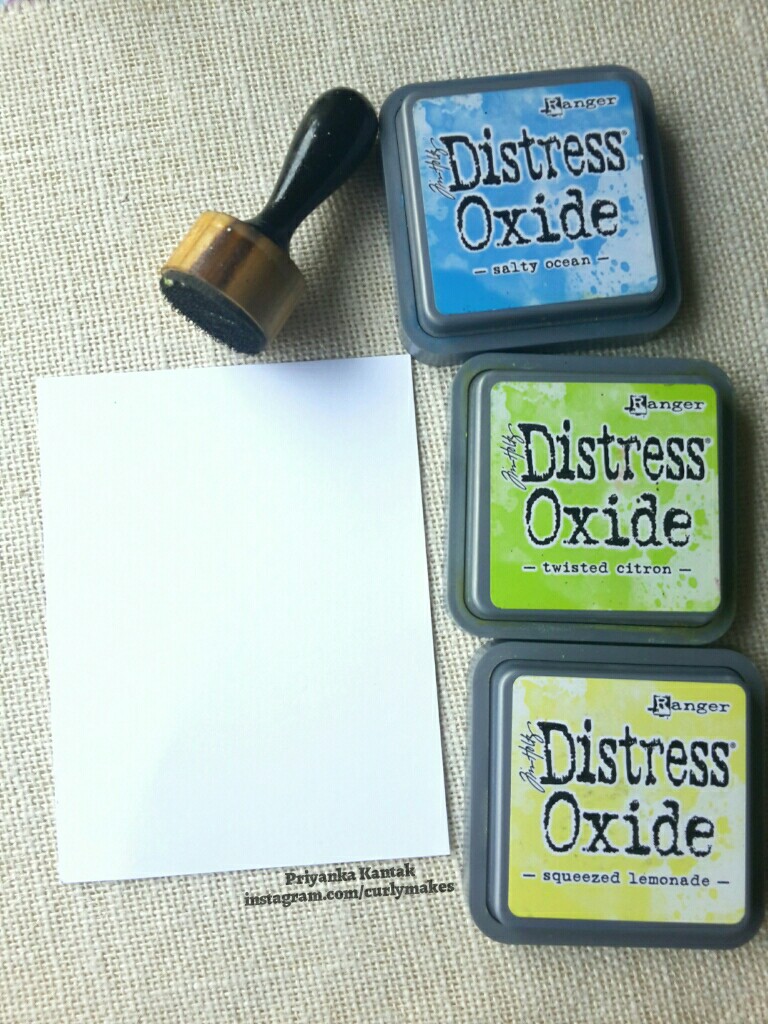 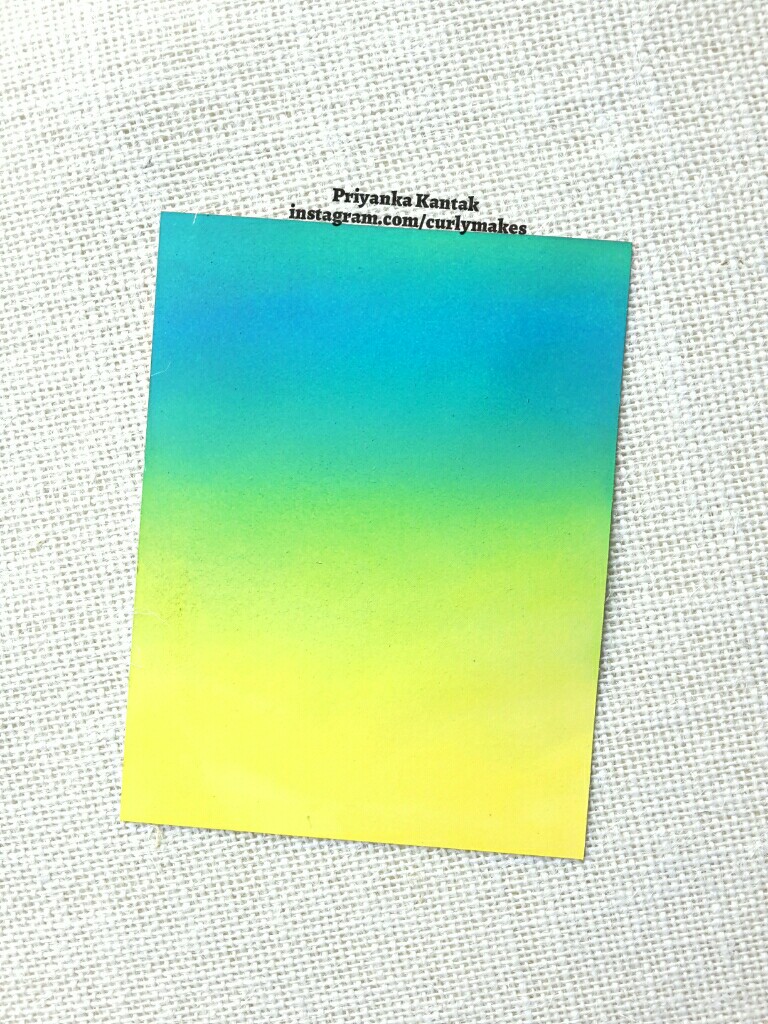 Step 2 :
Then I diecut the panel with a rectangle-die measuring 4×3 inches. 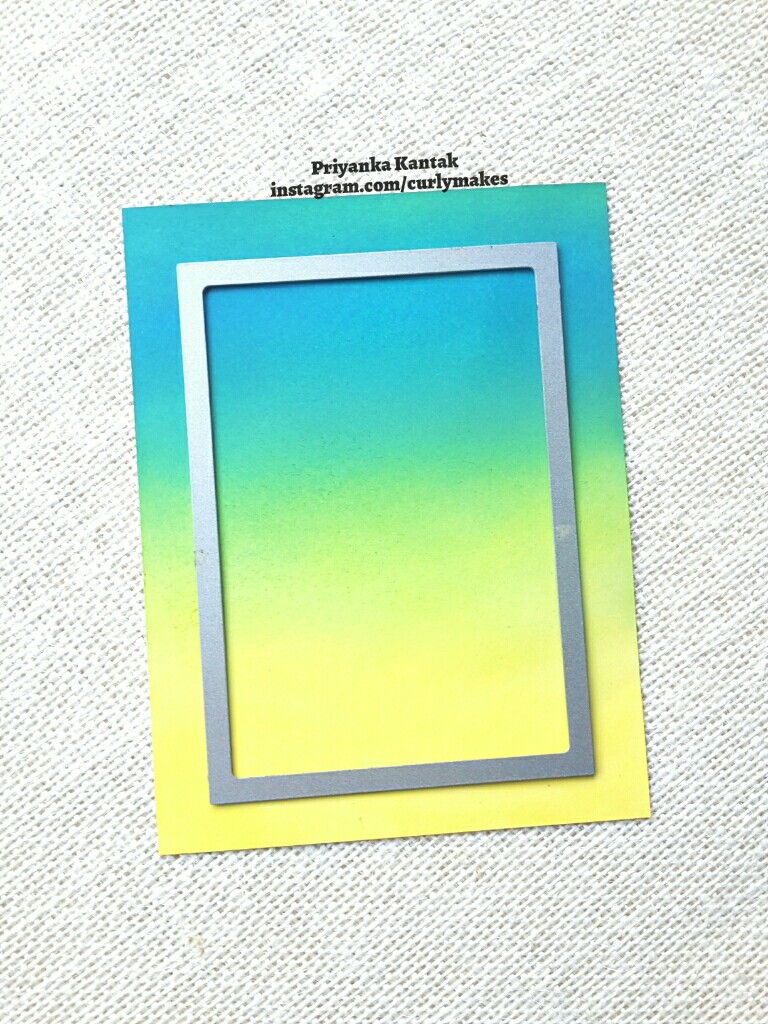 Step 3 :
Then I cut an acetate sheet of size 4.25×3 inches ( the same size as the rectangle diecut but 1/4th inch larger on length side to stick it on the panel ).
I then scored the acetate on 1/4th inch from both sides and also in the middle. 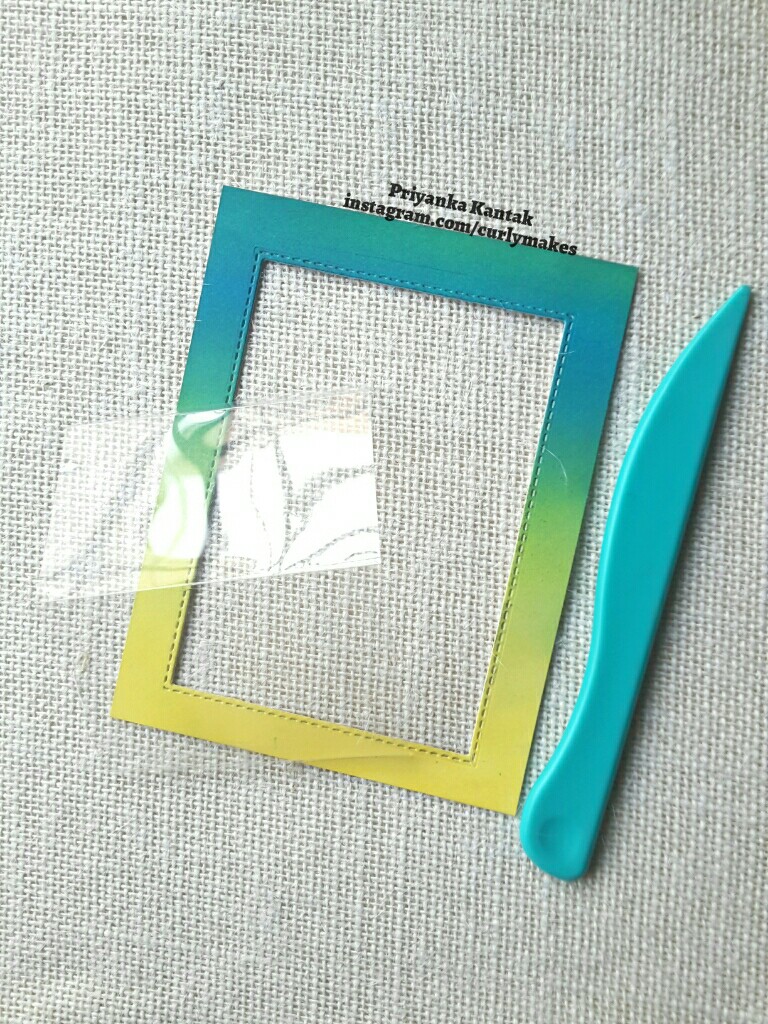 Step 4 :
I then applied double sided tape on both the 1/4inch ends.
And stuck 1 end on the frame edge as shown by the arrow. 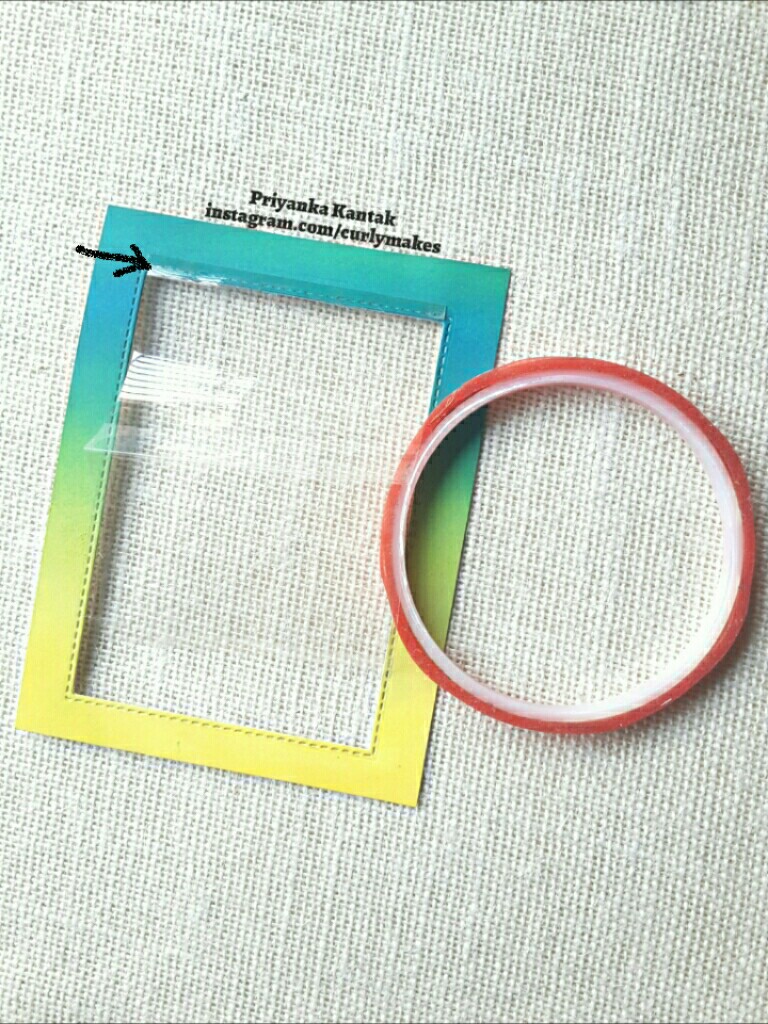 Step 5 :
I took black chipboard of size 4.75×3.5 inches and stuck the other end of the acetate on the black panel matching the edges as shown by the arrow in the second pic. 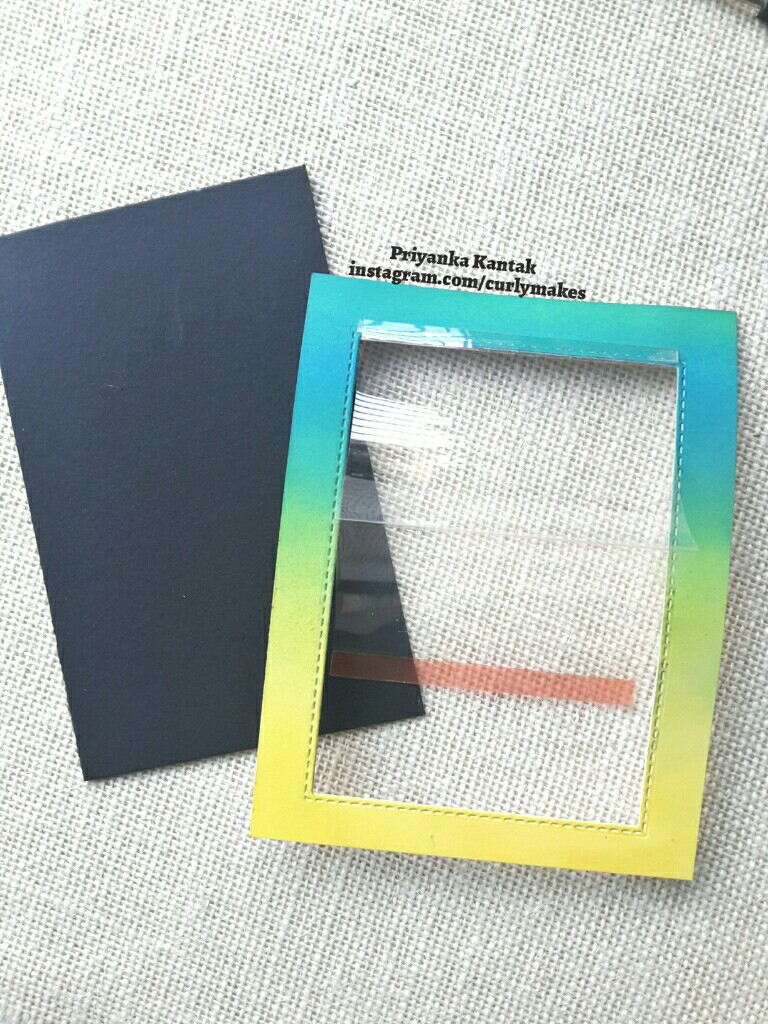 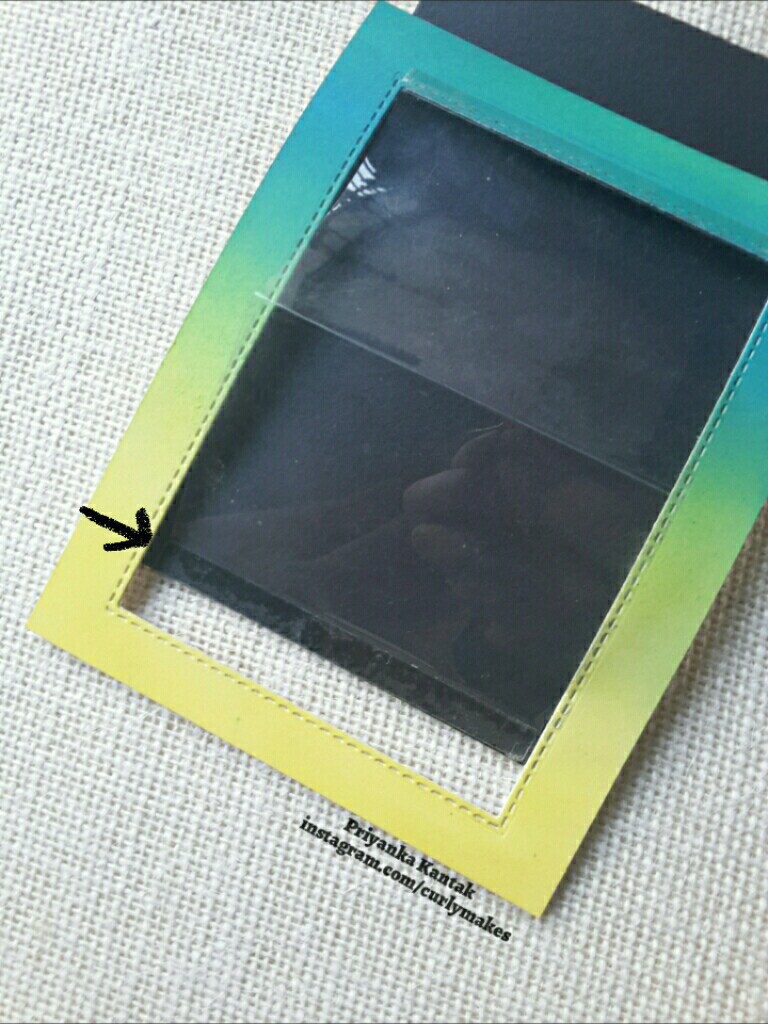 Step 6 :
I stamped the cute images from the ‘Wild Ones’ stamp set by ‘Neat and tangled’ on to watercolor cardstock with Versafine Onyx black ink. And colored them with my mozart Dual brush pens.
The critters are so cute, aren’t they? ❤ 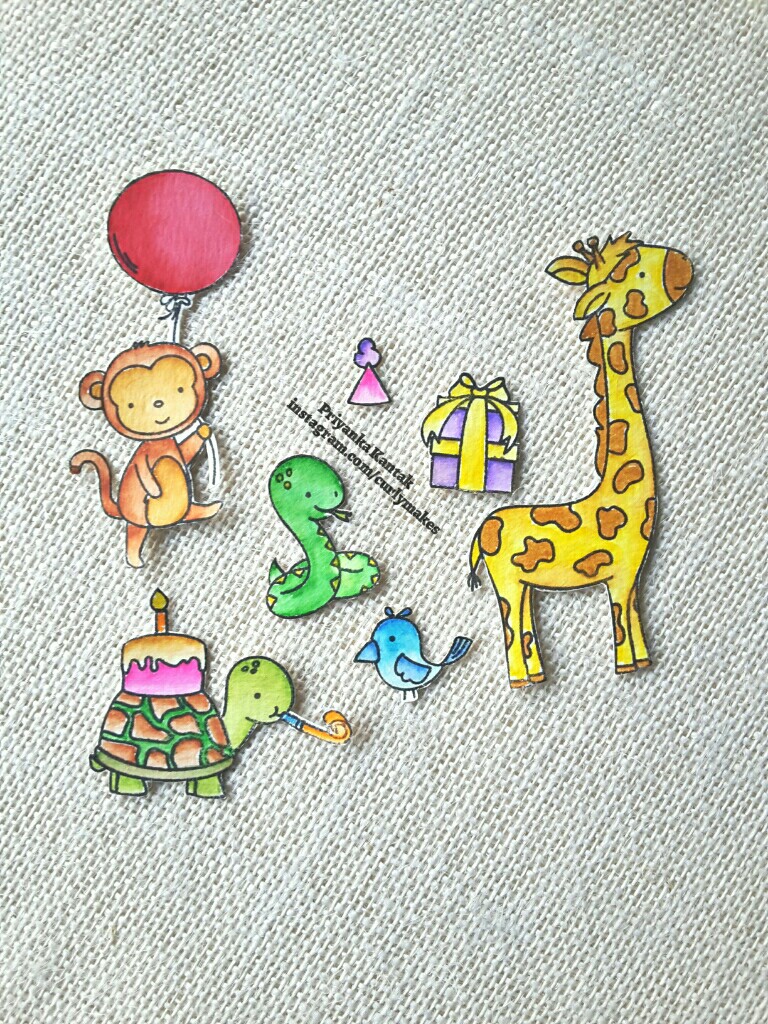 Step 7 :
After that, I watercolored some circles and diecut them with the Paper Smooches balloon-die.
I also stuck strips of acetate on the back of each of the balloons with double sided tape. 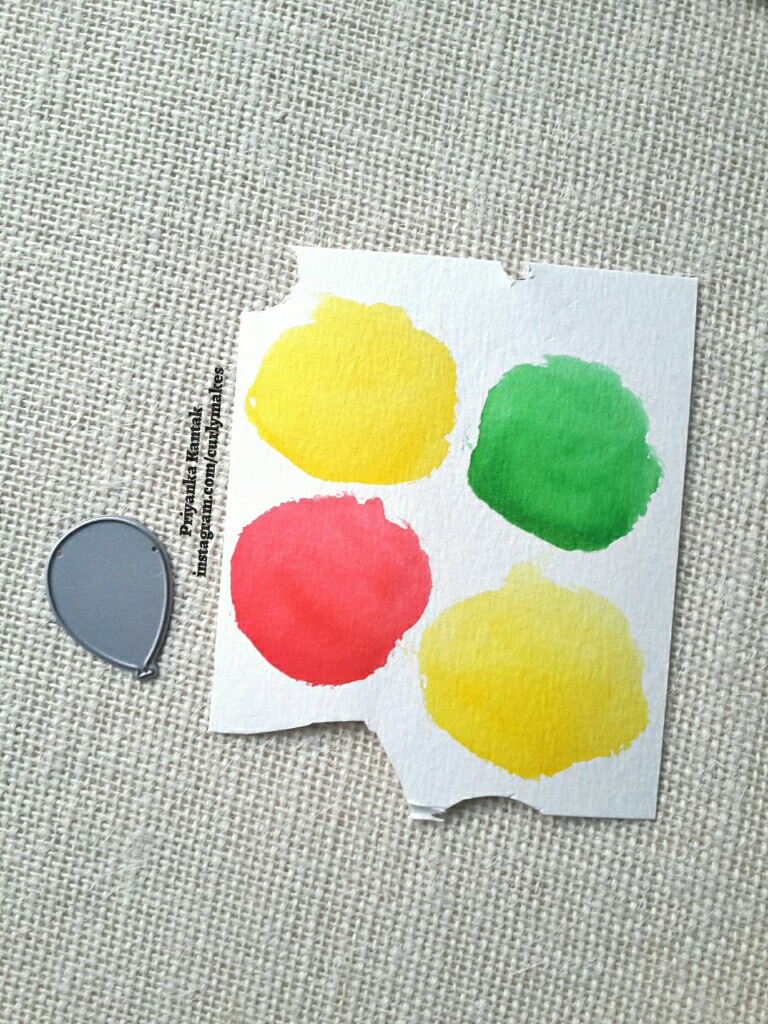 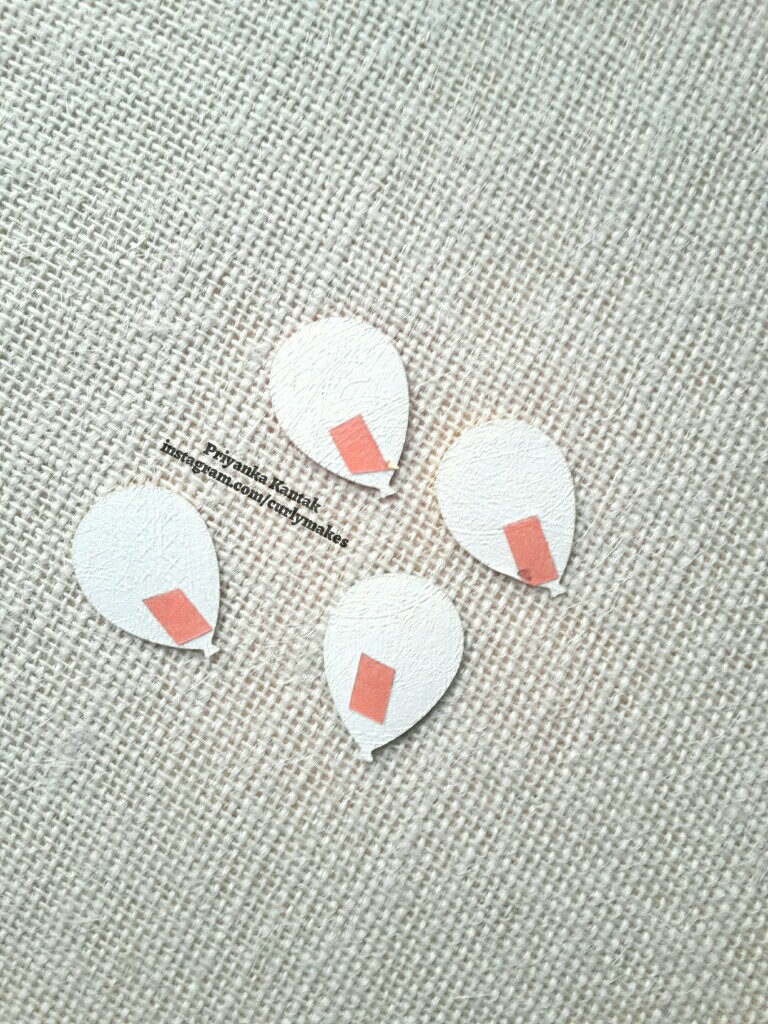 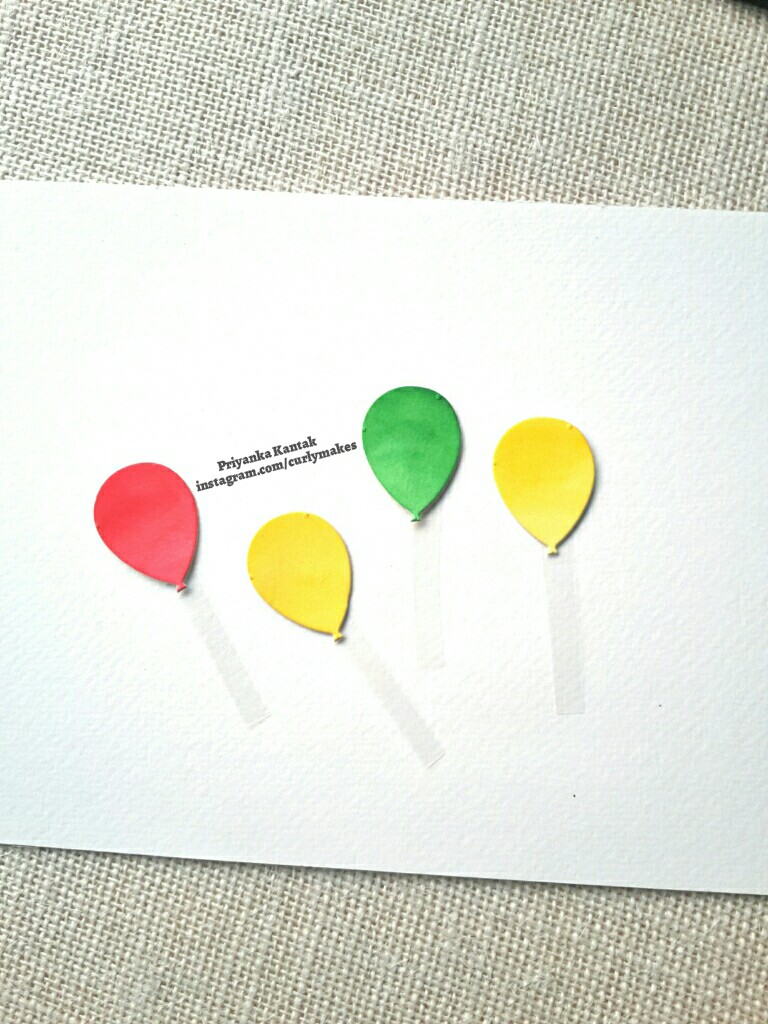 Step 8 :
Then I scored the acetate strip of each balloon and adhered the scored part on the underside of the frame as you can see in the pic. 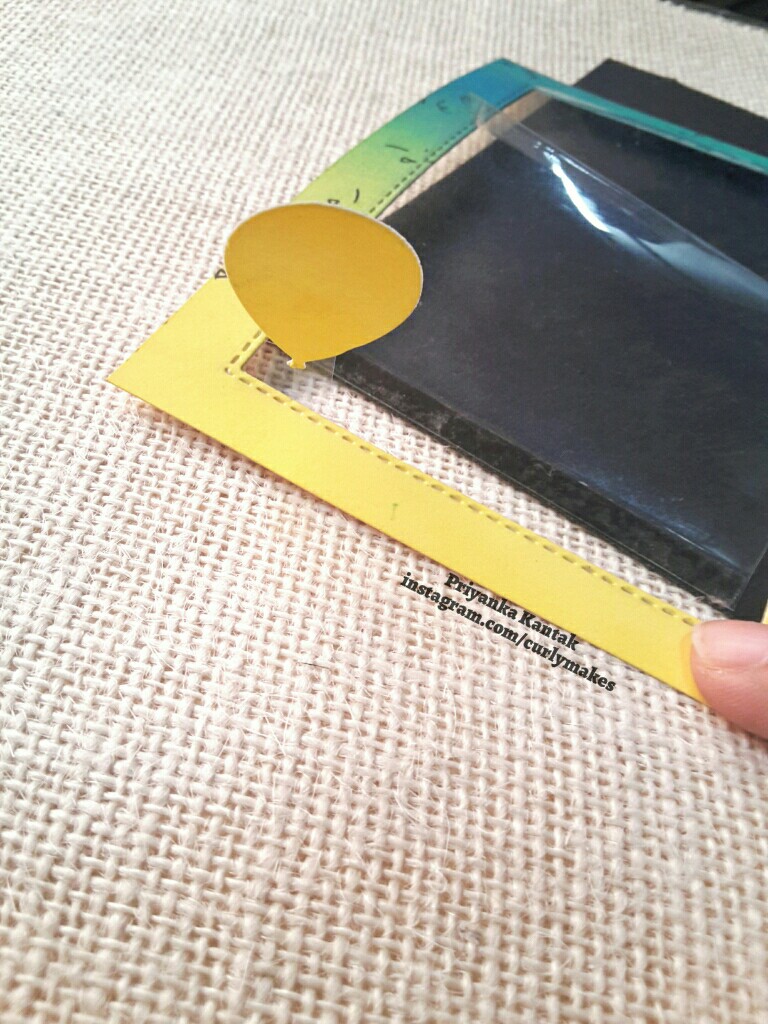 The balloons stand perpendicular to the base as shown by the arrow in the pic. 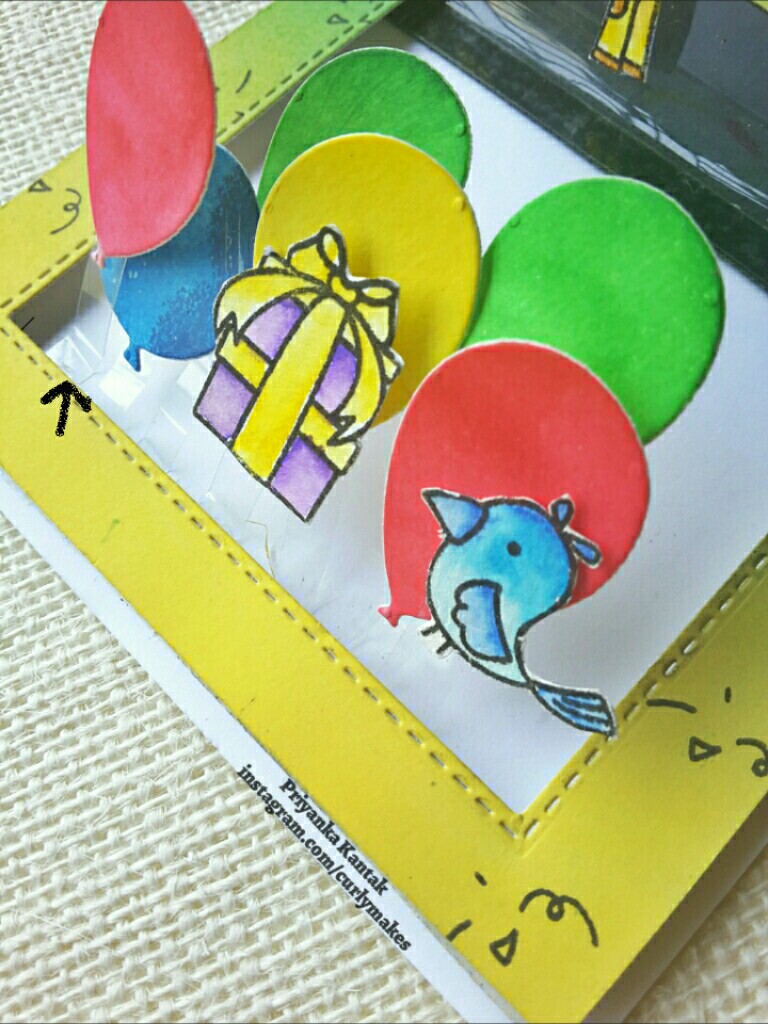 I also attached the gift and bird image alongwith the balloons.
These balloons will slide back under the black panel giving an element of surprise when you slide open the card. 😉
I also stamped the frame with the little confetti stamps from the same stamp set with black ink.
Step 9 :
I mounted foam tape on the back side and adhered it to an A2 white card base ( such that it is close to but doesnt touch the black panel and keeps room for it to slide). 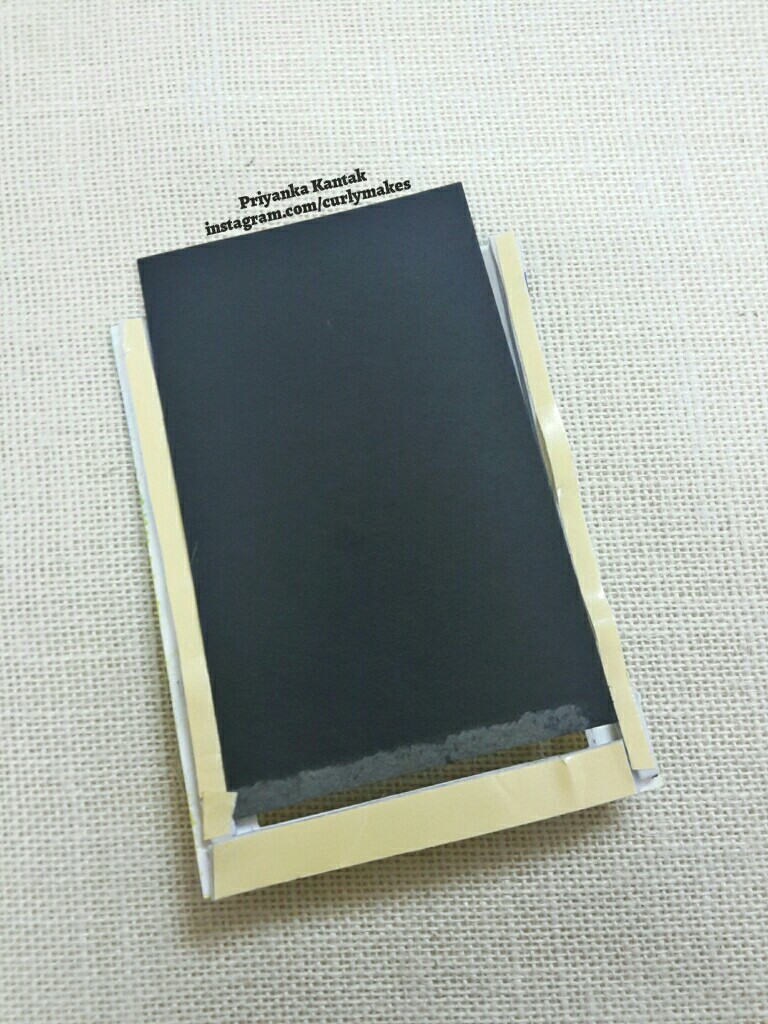 Step 10 :
I then arranged and adhered all the stamp images on the lower part of the acetate such that they would seem to be floating. 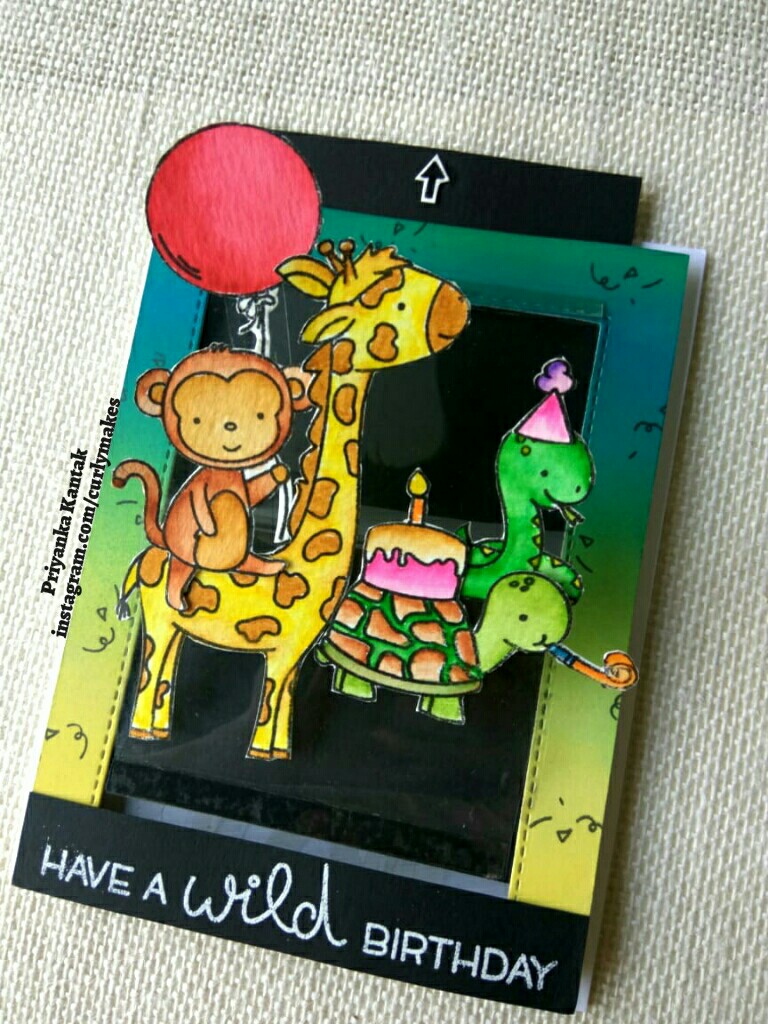 Step 11 :
Taking a black strip, I heat embossed the sentiment from the ‘Wild for you’ stamp set by Lawn Faw with white embossing powder. And mounted it on the end of the frame.

Step 12 :
I hand drew an arrow with black tip pen, fussy cut it and adhered it on the exposed part of the black panel. 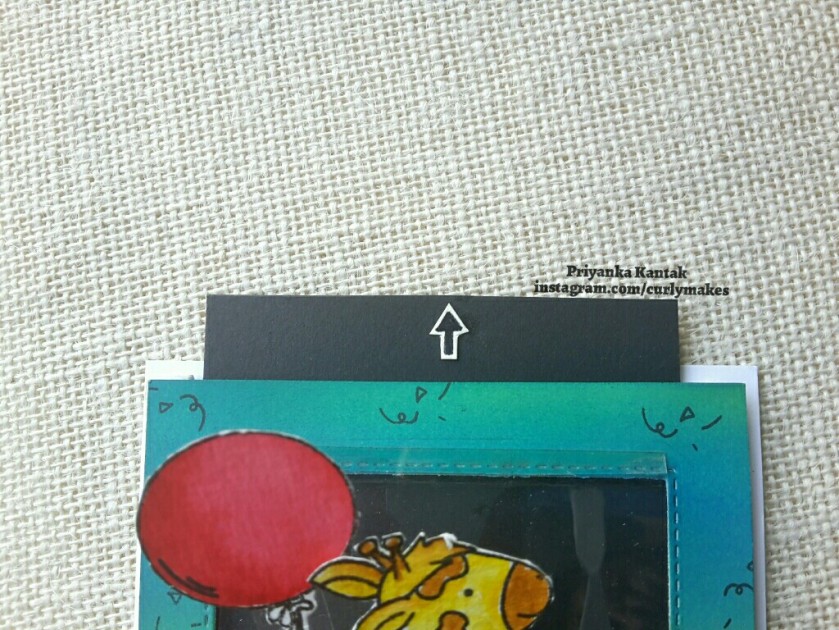 And finally my card is complete! Phew! 😄😜
Do see the video above to see the card in action.
Do let me know your thoughts in the comments.
Thank you for stopping by… Have a great day ahead!
Priyanka
. 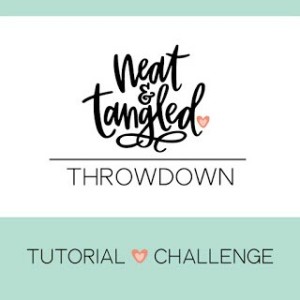 Crafter in the Spotlight 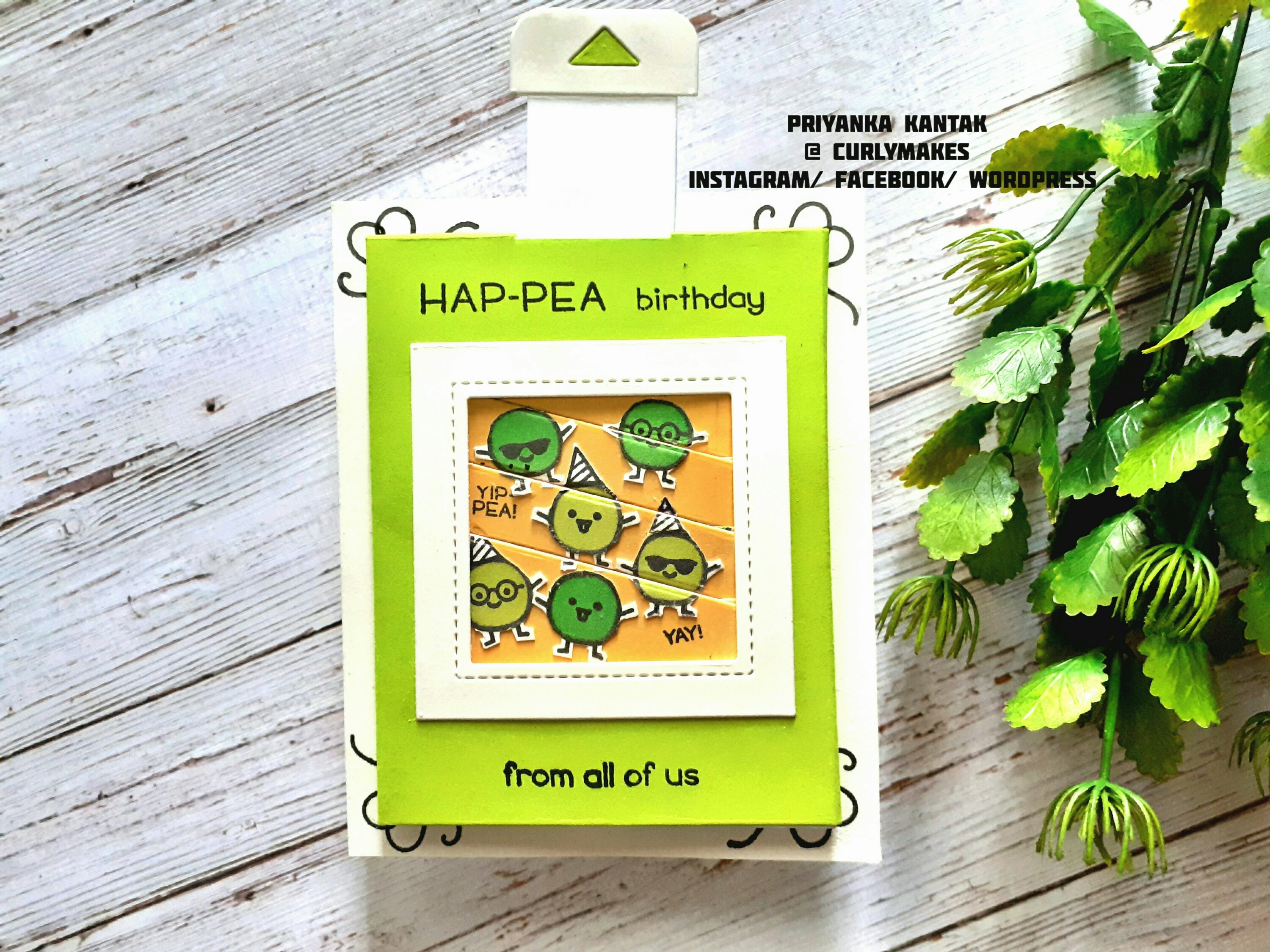